The movement to address gender pay equity has gained tremendous traction in the last year. It has been 50 years since the U.S. Equal Pay Act was passed, yet, women still make 80 cents on the dollar compared to men. If this fact hasn’t affected your hiring practices yet, it’s just a matter of time before it will. 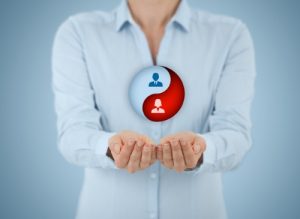 Some may view this as a challenge for an automotive industry that has typically been dominated by men. I view this pivotal time as an opportunity for dealers to spearhead change, modernize their practices, and attract women away from industries that have fallen behind the times.

According to the NADA 2017 Dealership Workforce Study, only 19.4 percent of active employees on new-car dealership payrolls are women, and that number drops to 11 percent when looking specifically at the role of a sales consultant. As dealers continue to struggle to find talent, a focus on attracting women into roles in your dealerships represents a largely untapped labor pool.

Many studies show that women are the primary decision makers or influencers in the majority of car purchases in the U.S. and that women prefer to buy vehicles from other women. Dealerships who have been at the forefront of recruiting women into sales roles have realized a significant increase in sales.

If you are not compelled to make changes because of the positive impact on sales, consider the legal impact. In 2018 alone, 38 states introduced gender pay equity bills. In 2017, the White House squashed plans to collect pay-data along with EEO-1 information that would have forced employers to report W2 wage information categorized by race, ethnicity and sex. New bills are being floated through the House and Senate. The time for car dealers to evaluate your pay practices in preparation for the coming wave of change is now.

Effective January 1, 2019 in the states of New York, California, Oregon, Delaware, Vermont and Massachusetts it will be against the law to ask a candidate “What is your current salary?” during a job interview. Even if this question isn’t illegal in your state yet, you might want to stop asking it. Here’s why.

During a job interview, the questions “How much are you making?” or “How much did you make in your last position?” provide you with a benchmark that is often used to decide how you will compensate that candidate. Since women have historically been paid less than men, this practice can inadvertently perpetuate a discriminatory pay scale for women as they move from job to job.

Instead, compensation for your open positions should be based on the market rate for the job you are looking to fill, and where your overall compensation strategy lands you in comparison to the market.

Dealers can still ask candidates about their salary expectations or the amount of money they would like to make in their new role, they just can’t ask about past compensation history.

There are mixed opinions as to whether or not these new laws will actually help to address the pay gap, or make it worse. It will be years before anyone knows for sure.

Most gender equity laws do allow the employer to ask the candidate about salary after they are hired. This data is allowed to be used internally to set pay scales, and it’s easy to verify.

As a dealer, it’s important to know that it’s still okay to pay more to an employee with better skills, more experience, more education and better overall job performance. But if all else is equal and you’re paying a man more than a woman in the same position, you better start thinking about how to make their salaries more equitable.

Recently the Paycheck Fairness Act was introduced to both the House and Senate. If passed, this new act is designed to close the gender pay gap by making wages more transparent, requiring that employers prove that wage discrepancies are tied to legitimate business qualifications and not gender, and prohibiting companies from taking retaliatory action against employees who raise concerns about gender-based wage discrimination. It would also make it easier for employees to pursue class action claims against their employers for violations of the law.

But you don’t have to wait until this act and other state laws are passed in order to make your dealership an equitable workplace for women.

First, take the time now to identify whether pay discrepancies exist in your dealership by conducting a payroll audit. Run payroll reports and compare the data between men and women to see if you have a problem.

Overhaul your standard interview questions for both new hires and for internal promotions. Research your questions to make sure that you are only asking questions that are job related, consistent with business necessity, and legal. Train hiring managers how to conduct proper interviews. Ensure they understand the impact of gender bias in their decision making and develop a consistent interview scoring criteria that help to eliminates bias.

Above all, focus on building a dealership culture that welcomes women. With 96 percent turnover in female sales consultant roles, there is plenty of room for improvement. Dealers must set the tone for what they consider to be appropriate behaviors in the dealership and then ensure that employees are held accountable for meeting those standards.

Dealers must also consider stable pay plans, reasonable hours, and flexible schedules. If you can retain female employees by showing them they have the same career path opportunities as their male counterparts, they will stay long enough to become eligible for promotions into leadership roles with higher compensation. That will attract even more women into your dealership and will help to close the pay gap.

In the U.S., women comprise 47 percent of the workforce but in auto dealerships, less than 20 percent of employees are women. In this economy, dealerships can’t afford to alienate any available talent, let alone nearly half the workforce. It’s time to create an environment that’s attractive to women and to your primary customers. Make these changes now because it makes good business sense. Either way, you’ll be forced into it eventually.